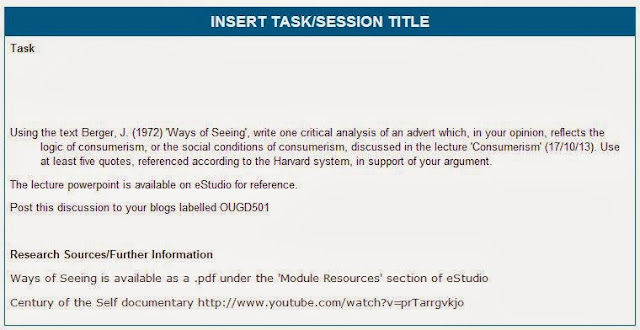 
Firstly, the Coca-Cola Corporation is one of the driving forces of consumerism, with an extensive multi-national advertising campaign the company influences a huge worldwide audience on a daily basis. The extensive communication networks Coke have established help promote their products to audiences across the globe, especially appealing to families and young children. This target audience is especially shocking when you look at the unhealthy contents of the product and the associated health disadvantages, which can include in some serious cases diabetes and heart problems. Despite this, you never see this information advertised with the same coverage and importance as the TV commercials and billboard advertisements promoting the products, as this could affect the most important thing of all, the company profit.

The Coca-Cola Corporation has been using clever advertising techniques to create a false desire for their products since as early as the 1800’s. Above is a more recent example, the renowned Coke Christmas TV commercial. Despite the fact that a large window of time has passed the company still utilizes classic means of manipulation to promote their products to modern consumer society. The following passage dissects the definitive seasonal coke advertisement, highlighting the publicity methods used to create the desire for the products consumption.

In the 1920’s Coca-Cola started their Christmas advertising campaign by placing illustrations of Santa-clause in magazines such as ‘The Saturday Evening Post’. Essentially the company started using Christmas, one the most globally celebrated holidays, as a method to help sell their product. Cokes campaign had tremendous effect on Christmas as we know it today; their rendition of Santa-clause illustrated him as a large, happy male, with a big long white beard clad in red, black and white. Before Coke portrayed him this way, images of Santa-clause often varied in detail, his build differed and he was often portrayed wearing green and black. Due to Coke’s historical influence on Santa’s image many people now have an instant association between Coca-Cola and Christmas. Additionally, Coke cleverly decided to utilize imagery of Santa as he is a figure that people from across the globe can relate to, people are much more likely to take notice of an advertisement if it relates to an interest they have.

“A person may notice a particular image or piece of information because it corresponds to some particular interest he has.”

Additionally, the advert also plays on the target audience’s upmost respect for Santa-Clause, a figure who is seen as happy, good willed and selfless. As Santa has been used to endorse the product people associate his good natured values with the Coca-Cola Corporation, this causes the audience to trust the company and purchase its products. The advertising campaign is one of the cleverest around, it uses the audience’s established knowledge of Santa to create a feeling of security amongst its audience. Moreover, as Santa-clause is a fictional figure Coke pay no royalties for one of the biggest product endorsements in modern advertising.

“Publicity needs to turn to its own advantage, the traditional education of the average spectator-buyer.”

Both the audience’s memory and expectations are stimulated by the classic coke advertisement, which is shown annually a few weeks before Christmas. The commercials content is rarely changed and therefore, upon first seeing the advert the viewer’s memories are instantly triggered, they are reminded of Christmas, the Coke product and the festive times that are to come. Unfortunately, this has caused many people to associate the start of Christmas with the first showing of the advert, causing an expectation of its broadcast every year. This is some very clever advertising on Cokes behalf, as they have managed to get people to directly associate one of the biggest holidays of the year with their product, despite the fact that traditionally they have nothing to do with each other.

“One may remember or forget these messages but briefly one takes them in, and for a moment they stimulate the imagination by way of either memory or expectation.”

Furthermore, not only has the commercial cleverly adapted an association with Christmas, but it also sells viewers the idea of a perfect family orientated holiday. Throughout the duration of the advert images of overly excited children and joyous families are presented to the audience, all can be seen running out of their houses to catch their first glimpse of the extravagantly decorated coke trucks. The accumulation of jubilant family emotion has been caused by the arrival of the coke product, which not only symbolises the beginning of Christmas, but also the strong bond shared between family members during the festive season, or so they would like us to think.

“Publicity is always about the future buyer. It offers him an image of himself made glamorous by the product or opportunity it is trying to sell.”

By showing the audience images of a perfect Christmas they feel that to achieve the same standard of happiness the advertised product must be bought. In this case, for families to attain festive happiness they must buy Coca-Cola.

To conclude, a like the examples of consumerist publicity given is John Berger’s ‘Ways of Seeing’, the Coca-Cola Corporation have cleverly created an association between their product and the globally recognised Christmas celebration. Utilizing methods of manipulation the TV commercial successfully communicates manufactured glamour to all members of the family, tying in notions that all people aim to attain such as; a cheerful family, excited festive children and the idea of a perfect white Christmas. By relating their product to these ideas the concept of Christmas and Santa clause become an advertisement in themselves, promoting the product through the established association between the festive holiday and the Coke beverage.