Today we had a lecture on 'Globalisation, Sustainability and the Media'. The lecture touched on points regarding: the spread of a single western culture throughout the world, fuelled by big business and media outlets, Media control, Media as a form of modern propaganda and Sustainability. I found the lecture really engaging as it touched on many points that I am personally interested in and passionate about. 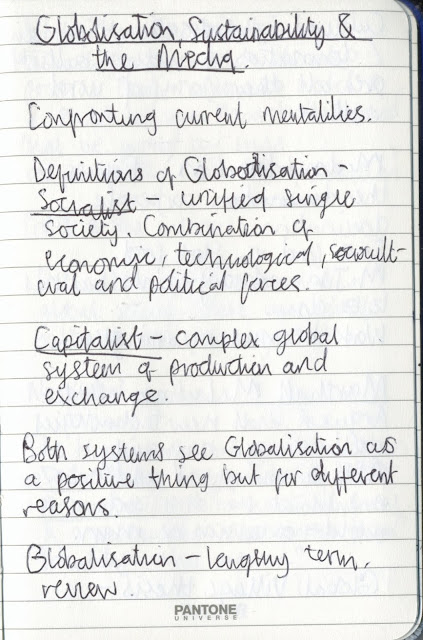 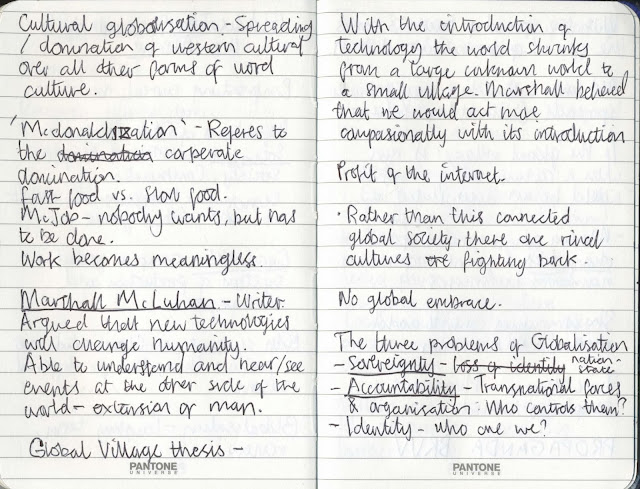 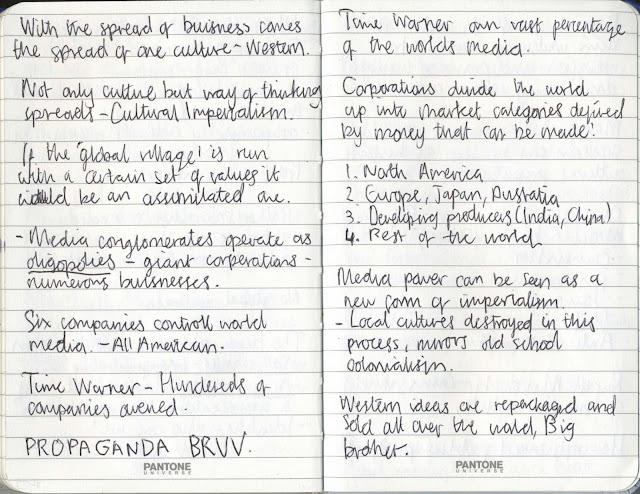 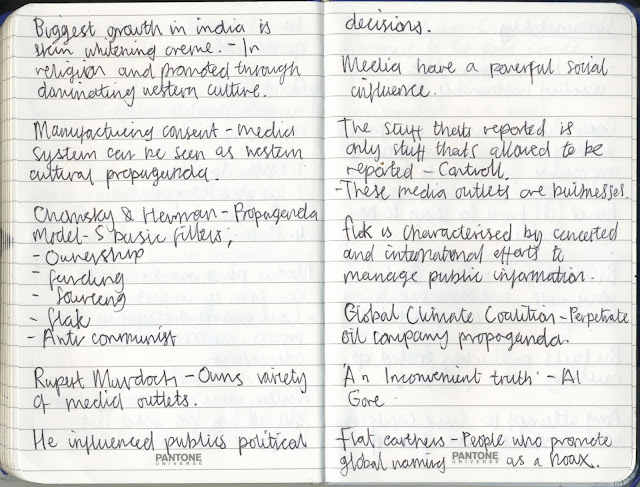 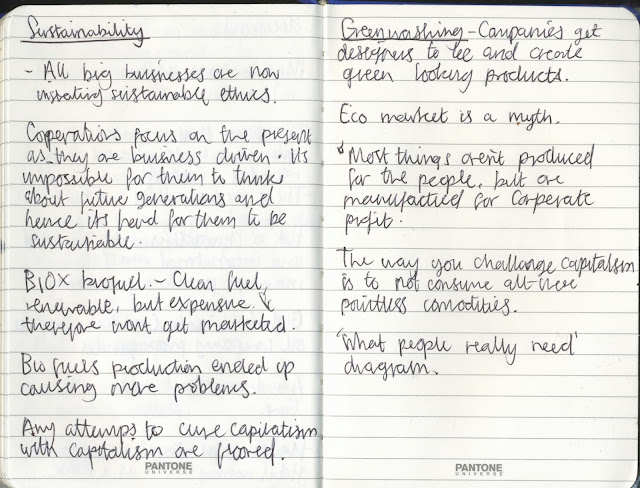 Posted by Jordan Harrison-Reader at 06:37